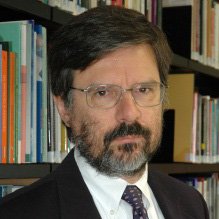 Carlos Henrique de Brito Cruz is a Brazilian electronic engineer and physicist, and the current scientific director of FAPESP. He is both a full professor of quantum electronics at the Gleb Wataghin Physics Institute at the State University of Campinas and a member of the Brazilian Academy of Sciences. He graduated in electrical engineering from Brazil’s Technological Institute of Aeronautics in 1978. Studying at the Gleb Wataghin Physics Institute, he was awarded a master’s degree in 1980, and doctor of science degree in 1983.