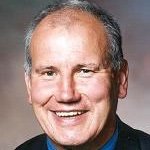 Jack Saddler earned a BSc/Ph.D. in Microbiology/Biochemistry from the University of Edinburgh/Glasgow in 1975/78. In 1978 he joined the National Research Council of Canada as a Research Associate, initiating their biomass-to-ethanol program. He joined the newly privatized Canadian Forest Products lab, (now the Forintek division of FPInnovations), in 1982 where he became the manager of the Biotechnology and Chemistry group. In 1981 he was appointed Adjunct Professor in the Department of Biology at the University of Ottawa. In 1989 he was invited to go on Executive Interchange with the Federal Government, and assigned to the Science Directorate of the Canadian Forest Service where he had responsibility for Biotechnology and Industry partnerships. In 1990 he was awarded the Endowed Chair of Forest Products Biotechnology/Bioenergy (An NSERC-Industry Chair) at the University of British Columbia. He served as the Head of the Department of Wood Science from 1998-2000 and as the Dean of the Faculty of Forestry from 2000-2010. He currently serves as Task Leader for the International Energy Agency’s (IEA) network on Liquid Biofuels, and has served as a reviewer for many national (EU, US, Asia) programs on biotechnology/bioenergy.

Jack has published more than 350 refereed research papers and numerous reports and book chapters, primarily associated with biotechnology/bioenergy. He has been awarded several patents and a variety of awards including the IUFRO Scientific Achievement Award, the Charles D. Scott award from the Biotechnology for Fuels and Chemicals Symposium and the British Columbia Leadership award, presented from Life Sciences British Columbia for demonstrated leadership in the industry and given to individuals who have assisted in the creation and advancement of the broader life sciences communities over time. He is a Fellow of the Royal Society of Canada.